Every clinician is aware of the clinical importance of bone grafting. Bone grafting procedure can range from a minor placement of bone granules around implants to a major block grafting and there are several factors that can affect successful outcome of this procedure. Currently there are several options of bio-materials and different techniques of bone grafting which makes planning for treatment daunting for many clinicians. The goal of this module is to simplify decision making and standardize treatment, thereby helping clinicians to apply a standardized approach to given clinical scenarios.

Find out more about the other modules in the course:

For additional information or queries, please email Charlotte at [email protected] or call on 0210 819 8678.

Dr. Luca De Stavola Graduated in Dentistry and Dental Prosthesis at the University of Padua in 2001 and specialised in Oral Surgery in 2007, at the Schloss Schellenstein Clinic (Olsberg, Germany) under the guidance of Prof. F. Khoury, of whom he is a close collaborator since 2003. From 2005 lectured at courses and congresses on implantology and regenerative bone surgery. In 2007 he obtained the Master of Oral Medicine in Implantology at the Westfalischen Wilhelms University in Munster (Germany). Since 2008 he has been a lecturer in the Master’s degree in Osseointegrated Implantology of the University of Padua. He is an
adjunct Professor at the same University. In 2012 and 2015 he won the first prize at the international Congress of the Italian Osteointegration Society (SIO) for the best poster in the section dedicated to Clinical Research and Case Report. Author and co-author of scientific articles published in international journals. Scientific coordinator of the Italian edition of the text by Prof Khoury “BONES GROUNDS IN IMPLANTOLOGY” published by Quintessence. He has been an active member of SIO since 2014 and a member of SIdP. He is a freelancer in Padua and Treviso. He collaborates with private structures in Veneto and Trentino-Alto Adige.
Co-founder of the ANTONIANUM INSTITUTE Continuing Education & Research, Padua. 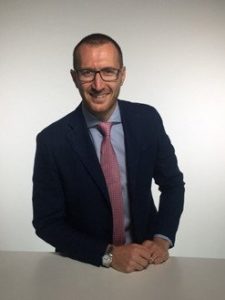 For The Smile You Deserve Talk To Us Today